The developer planned to re-cultivate a brownfield close to the Krč forest, which caused concern among the locals. Intentions had to be explained, but what was the right platform? Our solution was an online magazine about the location – Krčák žije (Krčák Lives!). It provides high-quality content associated with the topic that was so dear to the locals and allows for a natural and constant conversation about the re-cultivation project. The online magazine is visited by an average of 8,000 people each month. Its content is shared by individuals, institutions, the local city hall, and national public broadcaster Czech Television. The client’s topic thus became a part of the local discourse.

A developer usually approaches this situation by communicating the project in the most favourable way and “packages” it with disparate activities for locals. However, this approach doesn’t satisfy the wider public over the long term as the communication comes off as cheap and doesn’t build mutual trust. When we offer people something that has real value, we can communicate with them naturally. We sought a strong timeless topic that will interest a typical person and that will also allow us to gently discuss the topic of re-cultivation in an open way over the long term. A survey showed the most important thing for the locals is the Krč forest. The strategy was: Go through the forest to the re-cultivation in order to eventually reach the people.

The fulfilment of the strategy was a full-fledged local online magazine focusing on the Krč forest and its surroundings – Krčák žije, which the developer openly supports. The magazine brings news and events associated with the location, publishes articles about the history of the forest, seeks out forgotten places, and gives people tips about where to go and what to do using an interactive map. There is a calendar of events and a real-time camera. The creators of the magazine also communicate with readers on social networks. There is also a section about the re-cultivated space, and if it’s appropriate, it connects information about the project with original content. The client thus has a platform that opens the topic in a gentle way, as well as feedback from locals that can generate further reactions.

Passerinvest Group is a Czech investment and development company founded in 1991 that focuses on the construction of residential, administrative, and commercial buildings and campuses. The firm’s flagship is the BB Centrum in Prague-Michle, which spreads over an area of 25 hectares and is among the largest and most successful projects of its kind built in Central Europe by a single investor.

But the numbers aren’t the whole story. The quality and depth of the articles created a respected and locally unavoidable communication channel for local inhabitants, political groups, and media that allowed the client to undertake a dialogue about its intentions.

Public TV station Czech Television
decided to broadcast a report on the basis of our article.

Its influence can be seen in that Lesy hl. m. Prahy (Prague’s company that cares for its forests) and the government of the Praha-Kunratice city district actively communicate with the magazine and distribute its articles, for example. Czech Television also contacted us on the basis of an article in order to record a TV news report.

The magazine’s content is also further published by other internet and print media. The football magazine Hattrick, for example, re-printed our interview with legends Antonín Panenka and Karel Dobiaš, while newspaper Pražský deník published our article about the Nový hrádek castle ruins on its front page. We also prepared the first print version of the magazine in April 2020, presenting readers with the most interesting articles and reports from the online magazine, as well as providing the latest news about the locality’s development. 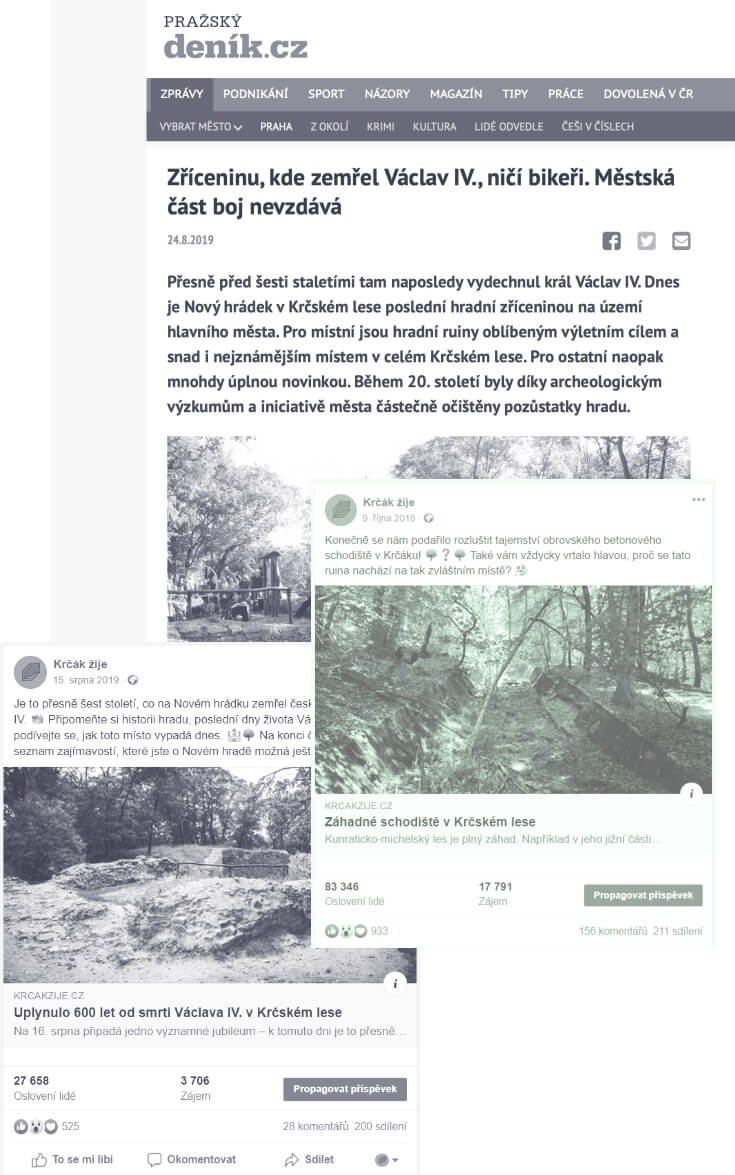 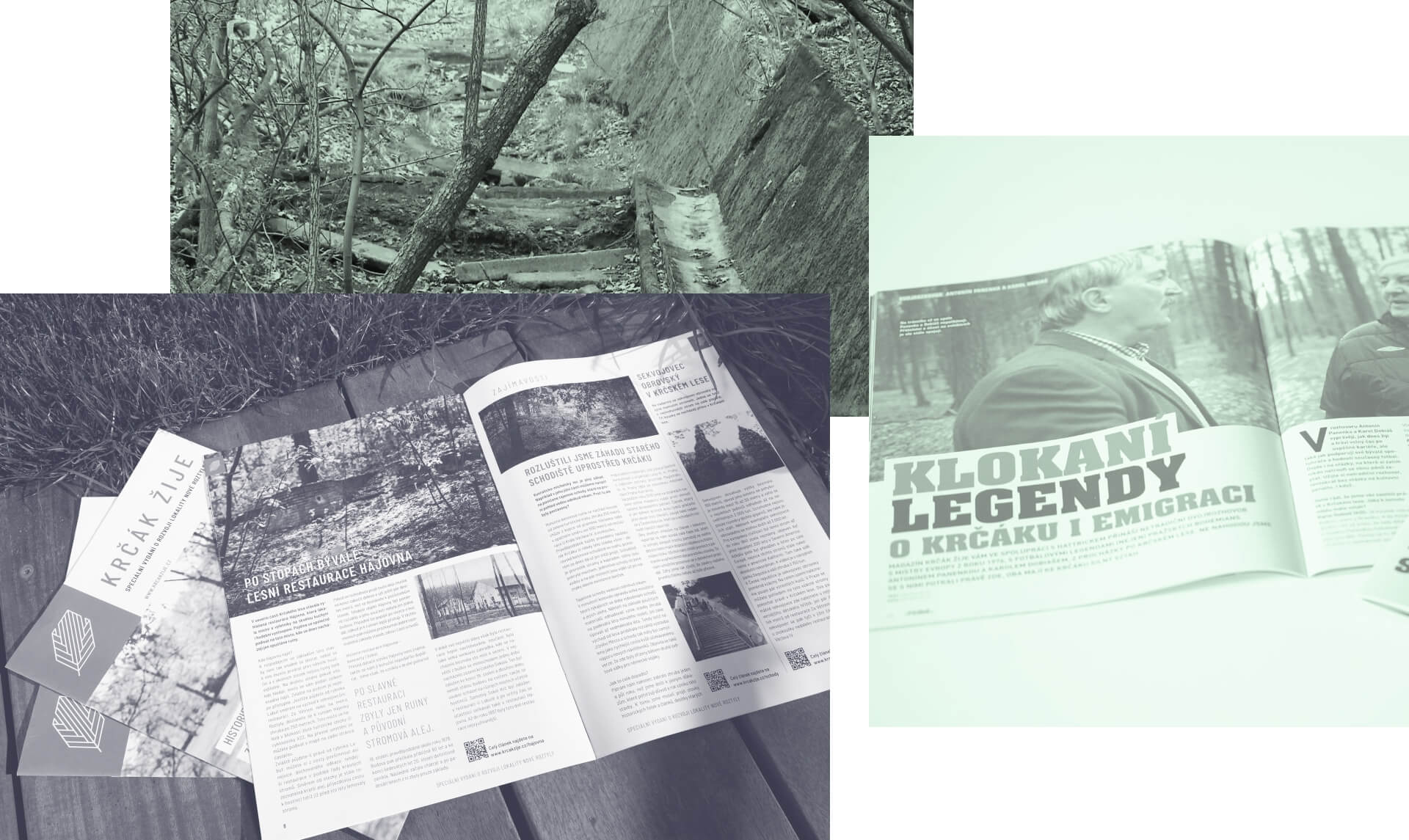